Clint and MacKenzie, owners and founders of Zoo Wild, join us today to share their insight on how wildlife offers interdisciplinary connections. Read their take on how teaching their son about wildlife from an early age jumpstarted his learning! 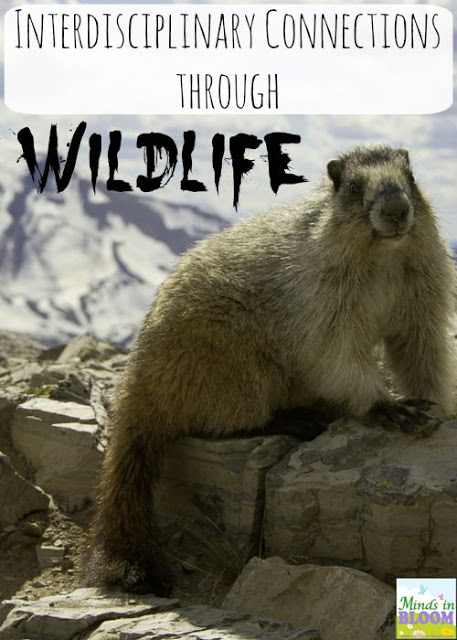 When my son was born, my wife and I desired to be parents that empowered our children, built empathy, and encouraged creativity. As a high school teacher and principal, these are skills with which I believe many of our outgoing graduates struggle. Without question, the most significant empowering, inspiring, empathy builder that we have ever discovered is through wild animals. Today, as experienced educators we can’t help but think that certain aspects of our family’s life could help engage early elementary classrooms.

This has sent us on quite a wild adventure. How exactly can wildlife become an empowering tool? While the road certainly wasn’t clear to us when our journey began, in retrospect, it is illuminating.

As a father, my weakness is staying engaged in play with my young kids. The mind wanders. Whether it was a selfish motive or a happy accident, I could not get through an A-B-C animal book. The images were designed for toddlers, the facts were so basic, and by page five, I was ready for my nap. One day at the library, we picked a real deal animal encyclopedia, realistic art mixed with real photos and interesting facts on each page. Hey, why can’t reading time be a little more interesting for daddy? Let’s just say that that was the first of hundreds of animal texts that we have checked out.

Even though our son was two, you could also tell his preference. You couldn’t slip the A-B-C animal book back into the rotation. Within weeks, he was able to start pointing out siamangs and echidnas. My wife loves, and I mean loves, reading to our kids. His (and her) animal knowledge soon would explode. Before we knew it, if he came across an animal in a book, he’d wander back to his room; “What is he doing?” we asked. Believe it or not, he found another animal book and was bringing it out to us. He’d show us the same animal in his other book! I struggle to get my algebra students to remember content from one week to the next, and our two-year-old remembered, connected, and transferred this seemingly innocuous info. Before too long he could remember entire pages worth of animal species — species that my wife or I had never heard of before we read that book.

Two-year-old empowerment step: I can find animal information in a book.

A teacher’s observation: High interest content breeds excitement about learning. High quality, real world, non-fiction content can teach more than what is on the page.

The animal pictures began. With an animal book at his side, he’d start trying to draw the animals with his crayons. This soon became very frustrating. He’d say that he hated it, but he wouldn’t stop trying. Regardless of us trying to redirect him, he was bound, determined, and usually crying. He couldn’t get the pictures to look the same. My wife and I would look at each other and think, “Which one of us is going to have the, ‘Son, you are three. It’s not going to look the same’?” conversation. Then it hit me. The fatness of the crayons was too problematic for the detail he was trying to achieve. A quick trip to the grocery store for a pack of colored pencils changed everything. Let the details begin! 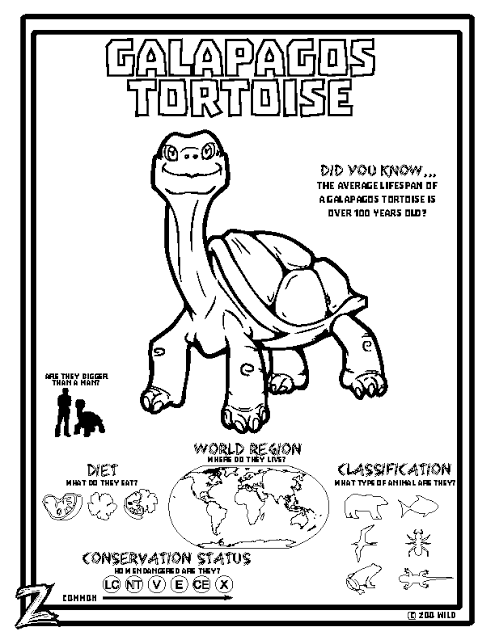 Three-year-old empowerment step: I can draw animal pictures the way I want to.

A teacher’s observation: Sometimes students just need a tool to flourish. Often there are layers to a student’s struggle.

Since we are fully committed to animal encyclopedias, this brought with it a few interesting connections. Many of these books include different symbols around the animals, and often they represent their conservation status. Of course, to our now four-year-old this was a curious thing that he had never noticed before. We began to learn about endangered species. Before you know it, he was going back through his other books and finding out which species were endangered. The idea that an animal might die and not exist anymore really hit him. While many teenagers are still considering their own feelings as the center of the universe, we could see elements of empathy in our four-year-old. (Hey, there’s still plenty of egocentrism going around the house though!) Soon, he and his mom made their first (of many) endangered species flip books.

We began to let him know that there are ways to keep animal species alive. This was prime information to him. Soon we were learning about deforestation, pollution, global warming, and poaching. We let him know that species are endangered because of a consequence of our human action, and conservationists work to reverse the trend. Again, to him, learning about these things in isolation wasn’t enough; he wanted to know which of these global issues affected which species. Each one. As you can imagine, mommy and daddy are getting way over our heads. “I don’t know, buddy; maybe we can look it up” became a catch phrase. As a piece of parental manipulation, we said one day that if you don’t turn off your lights when you aren’t using them, it will waste electricity and maybe melt the polar ice caps a little bit. Today, lights are never left on. In fact, he’ll make sure his new sister turns off the lights too.

What do you want to be when you grow up? “I want to go stop the poachers.”

Four-year-old empowerment step: I can do something to help animals.

A teacher’s observation: When you put students in a position to make a difference, they’ll want to. Shepherd them through so they can do it themselves one day.

By now, we realize we have a little activist on our hands. As a teacher at an international school, I have worked intimately with global issues. Soon, all those beautiful maps in those info-packed animal encyclopedias began to be used. Continents and oceans soon turned into countries and regions. The first time I saw him point and name, “Patagonia,” I about fell over. He’d then tell me some of the animals that live there. Today he can locate 80% of the world’s countries on a map.

We are slowly working on culture, history, and current issues in different parts of the world — that affect animals, of course!

When I think about what our young people are asked to do in school, whether it be classifying shapes, nouns and verbs, or types of government, our zoo-crazy boy has spent years sorting his animal toys by world region, by classification, by endangered species status, or by diet.

Now the he is four and in half-day kindergarten, he claims that he knows the names of every student in his class of 21 students. In my classroom, I’m not sure I got there by October. The real impact of this learning we may not know for a decade, but he dazzles us with his memory and ability to categorize. I know many zoo-loving kids could accomplish the same feats with a little help from wildlife.

I can’t help but imagine a classroom that uses wildlife to teach geography, culture, and environmental science. Despite the NGSS insistence to teach more interesting things, like bacteria, I think the engaging world of wildlife can span into all content areas.

Over the years, we’ve developed a lot of early learning wildlife resources to fulfill his appetite. Recently, we’ve decided to send them off into the wild known as TPT. We hope to build a little bit of savings for his and his wild sister’s future education and donate to his favorite wildlife causes.

Five-year-old empowerment step: I can teach others about animals! 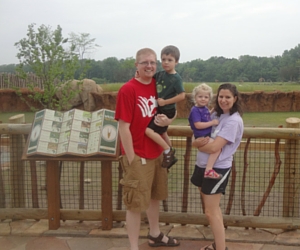 Clint and MacKenzie are educators from Columbus, Ohio. Together they have experience in K-12 as an elementary teacher, a high school teacher, a speech-language pathologist, a high school assistant principal, and an elementary school principal. Most importantly, they parent three awesome kids! We’re just getting started with this TPT adventure with our store, Zoo Wild! You can also stay updated through our website, Twitter or Facebook. 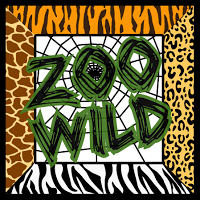 Tips For Your ZOO Field Trip

It’s Time to Be Financially Smart