Minds in Bloom is happy to introduce Sharon Fabian, from Classroom in the Middle, with her post on making inferences. 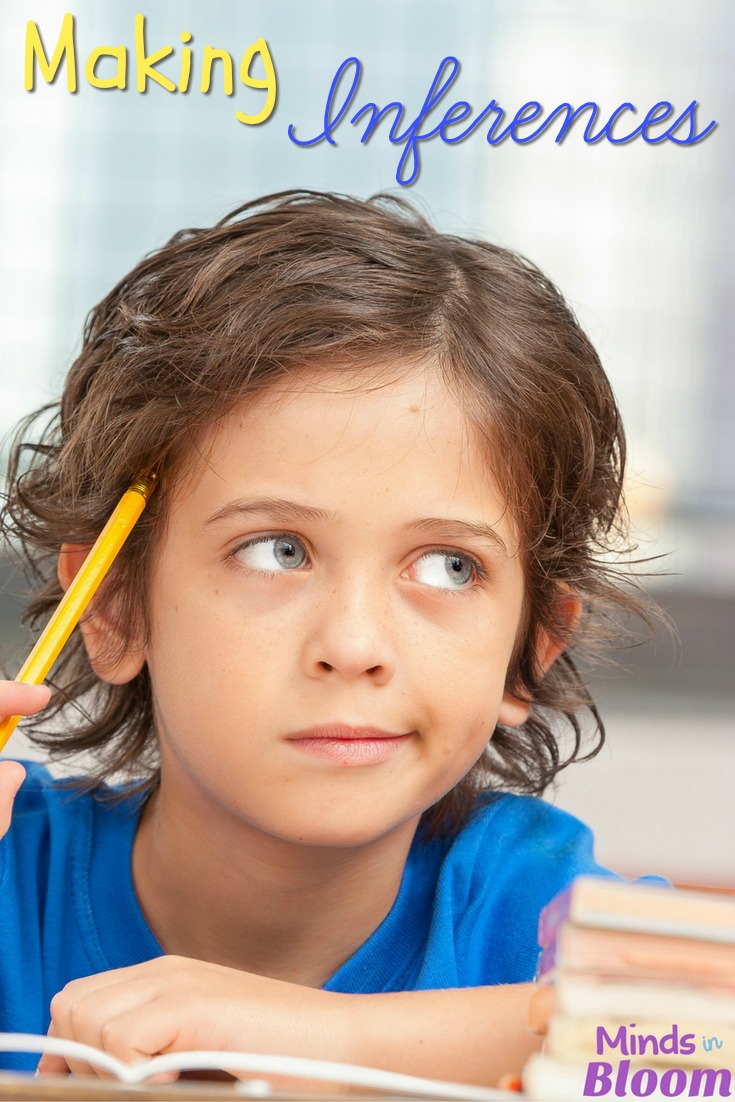 Making inferences may be a difficult skill, but it is a fun one to teach – especially when you see those little wheels start to turn! Here are a few ideas for getting started.

For a different way of introducing inferences, try using really close-up photos. Photos of most any object will do. You will need a photo of the whole object and a close-up photo of just part of the object. For example, look at this one.

The kids may figure out right away that it’s a car, but that’s only the beginning. How do they know it is a car? What clues tell them that the white and yellow part is a headlight? Maybe they will say that the red looks shiny and curved; maybe the white and yellow part looks like a headlight because of its shape or because of the grey areas that make it look shiny, too. And what about the two small black areas? What makes one look like a car’s grill and one look like a tire – maybe their location in reference to the other colored parts? However they describe the clues, kids will be thinking and putting their inferencing skills to work. 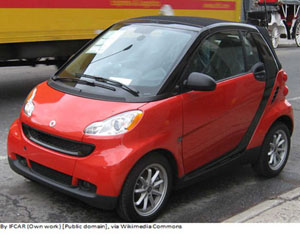 Now, how about this one? It’s shiny and red, too, with chrome attachments. Is it another car? 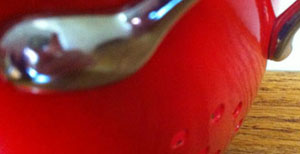 For this one, I might have kids list their clues and write their inferences individually first. Then, to follow up discuss how the students were able to determine that it was not a large object, such as a car. Also, discuss which clues were most helpful to those students who made the correct inference, and maybe touch on how background knowledge may have made a difference as far as what individual students thought the object was. 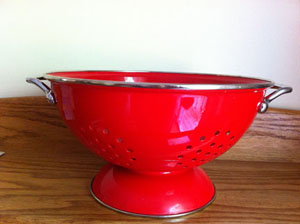 I also love to use riddles to introduce the topic of inferences. I have used this interactive Inference Riddle Game often, and it has always engaged my kids. It has fifteen free riddles, which are plenty for a lesson. The riddles are easy, but what I really like about this game is that each riddle has 10 clues – more than many kids will need to solve the riddles but great for demonstrating all of the little details that build up to make a good inference.I also like to create interactive riddle games of my own using the Question Flippers on SMARTBoard. Students can flip the bars one at a time to reveal clues and then move an object to reveal the answer.

Of course, we want students to move on eventually from “fun” activities to making inferences in stories. Nearly any story will have some opportunities for making inferences, but it’s nice to have one or two favorites with which to start. Here are two picture books that I like to use. Both are good for upper elementary or middle school kids.

The Stranger by Chris Van Allsburg is the story of an unusual visitor who arrives, by way of a traffic accident, at Farmer Bailey’s farm and stays to create quite a mystery. Here are a few inference questions to get you started:

And the big inference at the end of the story: Who was the stranger? Kids might not agree on one definite answer, but they should definitely be able to come up with some good clues to back up their inferences.

Riding the Tiger by Eve Bunting is the story of Danny, who takes a ride through his neighborhood cruising on the back of a tiger. Here are a couple of questions:

The big question: If the tiger is really a symbol representing a more realistic problem that some young people face, what problem do you think the tiger stands for? Some students seem to come up with a good answer right away, while for others this is a difficult question, so you might want to be prepared with a few clues of your own for the kids who need prompting. And finally, here is one of my own holiday riddle freebies, in case you would like to try it – Halloween Riddles. 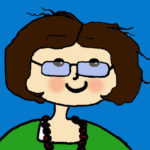 Shifting Gears in the ELA Classroom