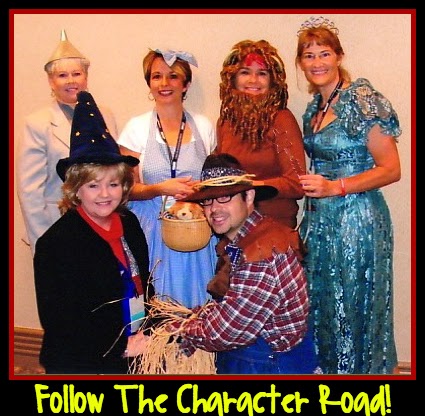 Hello from Barbara Gruener, author of The Corner on Character blog and What’s Under Your Cape? SUPERHEROES of the Character Kind.  I am somewhere over the rainbow with joy and delight today at the invitation to share my reflections about journeying down Character Road as a school family.  As is customary in my corner, I’m going to start with an inquiry:  Which character in this film family is most like you?
The school version of the story goes like this: Dorothy is looking for the perfect place to call home. On her way down the Character Road, she befriends the scatter-brained scarecrow, the rusty tin woman, and the cowardly lion. They form an alliance and, with the help of the goodness of Glinda, they make their way to the Wizard, whom they hope will point them in the right direction, toward home. And, while the Wizard’s powers are somewhat illusory, she is able to empower Dorothy and the others to use those powers that lie deep inside to problem solve and go the right way.
Characters with character. I like it. The scarecrow represents the first domain of character development – cognition. We must teach, advocate, and model the virtues that we want our children to know. What are those values we espouse? And how does each one look, sound, and feel?
Once they know the values, have them seared into their mind, they’re ready to move to the affective domain, for which the tin woman is a perfect ambassador. To take them to heart. To love the virtues and embrace them as a way of life.
And then there’s the lion, afraid of his own shadow. Unable to make a move for fear it’ll be wrong. But when character kids move to the third domain – behavioral – they already know the values and embrace them, so it makes perfect sense to now use them. To take action. To live the virtues with every move they make down Character Road.
Character encapsulated:
Know it.
Love it.
Do it.
Beautifully represented by Dorothy’s trio of friends. 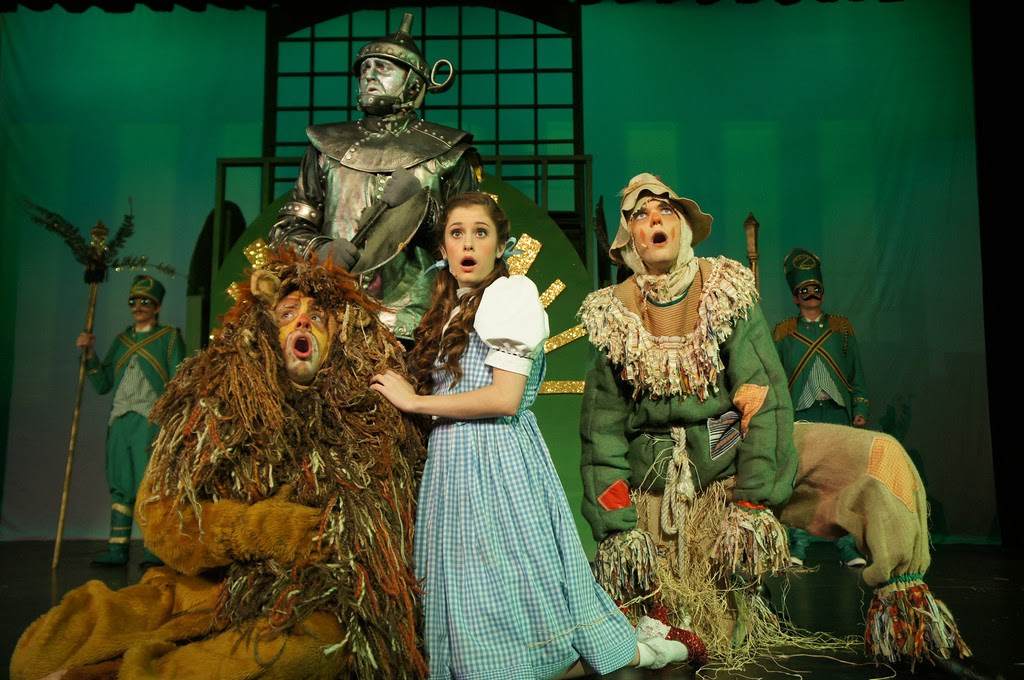 And Dorothy. Optimistically hopeful. A defender of what’s right and just. A friend to all. A true character who is all about character. Someone who knows it. Someone who feels it. Someone who uses it. With every step she takes down the yellow brick road. As she tries to get home to right a wrong.  And her antidote to the witches and flying monkeys who threatened to keep her from her dream? Patience. Strength. Forgiveness. Love. She stands up for what she believes in and she isn’t about to let anything or anybody keep her from accomplishing her goal.
And since nothing happens in isolation, let’s not forget Dorothy’s lovely assistant, Glinda, the good witch of the north. As Dorothy learns that we can’t go it alone, Glinda shows up to give her the tools that she needs so that she never loses sight of the finish line.
My son, Jacob, learned in his AP English class the book, The Wonderful Wizard of Oz, was originally penned as a critique of power and greed in America. I prefer to believe that it was written to teach us about  the domains of character: head, heart, hands. And in the end, happiness. For good.
Here are the lyrics to a Character Rap I wrote when I was working at a fifth and sixth grade campus.

What will you do differently this year as you head – heart and hands – into another year down Character Road?

Teaching Positivity in the Classroom