How to Write in Math Workshop - Minds in Bloom

Writing and math aren’t often in the same sentence, but as many educators know, they should be! Teaching students how to write in math workshop is important, because through writing they can demonstrate their understanding of math problems and strategies. This guest post from Tracy at Wild Child Designs shares great tips for getting students writing in math through clear modeling, teacher guidance, and independent practice. 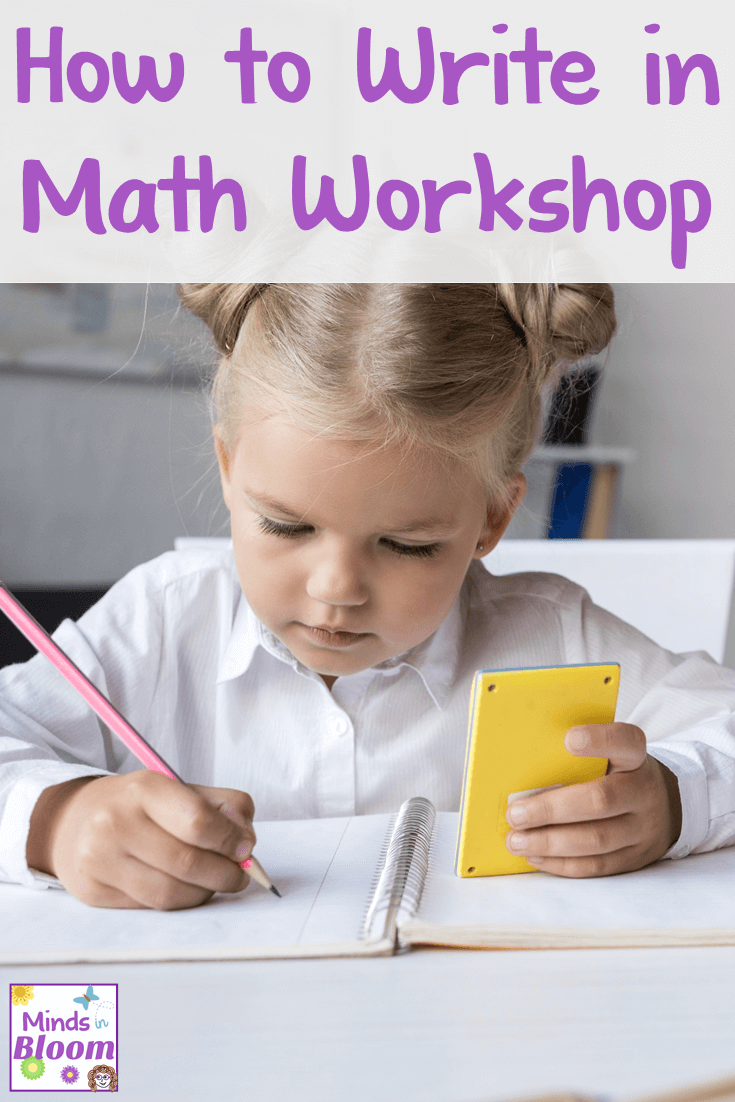 There was weeping and gnashing of teeth. You know the scene, because you’ve all experienced something like it.  I was sitting at my kitchen table streaming Netflix and binge watching Orange Is the New Black on my laptop while I looked over my students’ math responses from the day’s lesson. They were horrendous. I gasped in horror at the incomplete sentences, the lack of explanation and labels, the missing equations and overall disorganization. I needed a glass of wine to get through them…or some sugar to console myself. I opted for doughnut holes. 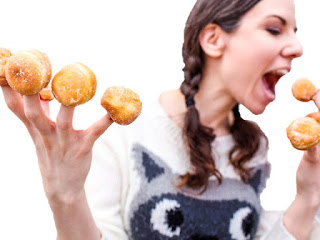 So often, we forget to teach the very basics of something, don’t we? We get mired in the demands of curriculum, and we compartmentalize our instruction into neat little teaching blocks of time. This is the math block. This is the writing block. I had forgotten the wisdom of one of my teaching heroes:

When we recognize that true understanding of a discipline involves learning its processes and ways of thinking, as well as its content knowledge, then we naturally create opportunities for developing those abilities.  –  Ron Ritchart, Creating Cultures of Thinking: The 8 Forces We Must Master to Truly Transform Our Schools

Writing is like thinking. To write well is to think clearly. That’s why it’s so hard.  –  David McCullough

So, if my students weren’t writing well during math class, does that mean they weren’t thinking clearly? I put the doughnut holes down and wrestled with this question. I had to find a way to help my students transfer the writing skills they learned in writer’s workshop to the writing they needed to do in math workshop. It was important to me that they have an active role in the development and discovery of that learning. After mulling it over, I came up with a three-pronged plan.

First, we needed to have a common understanding of how a mathematician writes. I drafted three different math responses as if they’d been written by students. I chose a math problem that would be easier for fifth graders, because I didn’t want them to get mired in the math. I wanted them to focus on the writing. I divided my students into groups of 3 or 4. I found some great Olympic theme song music to play as they joined me on the carpet for our lesson. I introduced each of the math responses that I had written. One was very poorly written: very little punctuation, some incomplete sentences, and a mathematical answer but no equation. Another used correct grammar and punctuation, but the explanation of the mathematical thinking was missing. The third one used correct writing conventions, showed a mathematical model, explained the mathematical model or equation, and reported the answer in a sentence with the correct labels.

I displayed each of the responses on chart paper, but I gave each group their own copies of the three solutions, as well as gold, silver, and bronze medals that I had color printed and laminated. Groups worked together to read and discuss the math writing examples. I asked them to jot down their criticisms and compliments on sticky notes and to rank the responses in order from best to worst. Their best response was called a “gold medal” response, the second best was called a “silver medal” response, and the worst was called a “bronze medal” response. After they had completed these tasks, they came back to the carpet for discussion.

Once we were back together, my kiddos placed their medals on the chart paper math responses and explained their reasons for the their rankings. After that, we were ready to identify our hallmarks of success. Students reconvened in their groups. I gave each group three sticky notes and asked them to come up with three traits that made the gold medal response successful.

My kiddos returned to the carpet to share their thinking. Together, we made a list of what makes a “gold medal” math response. This is what my students came up with: 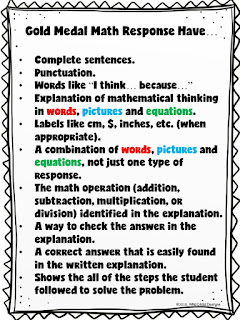 The next day, we reviewed our thinking about “gold medal” math responses. I wrote a math problem on the board, and we did it together. Then, I had them help me write a constructed response. We practiced together, and I think it was one of the most beneficial things I could’ve done.  Doing so cemented their learning from the previous day and corrected any misunderstandings my students had before I asked them to write a constructed response independently.

Finally, I wrote a second problem on the board and displayed our hallmarks of a “gold medal” response chart alongside it. I asked students to solve the problem and write about their solutions. They needed to write like mathematicians. Then, I gave them a rubric I had made using the hallmarks they had developed, and they self-assessed their math responses and revised them before turning them in to me.

This two-day lesson focus changed our mathematical lives. My students were more invested in their math writing, and their math responses improved dramatically. When they grew lax, we reviewed our hallmark chart together. We continued to explore writing like mathematicians throughout the year. And guess what? I lost five pounds…no more doughnut holes!

Pssst! What I didn’t tell you is that these lessons are my part of my teacher observation and evaluation process! That means that I did the hard work of aligning them to the Common Core State Standards and Marzano Design Questions so that you won’t have to! You can snag them below. 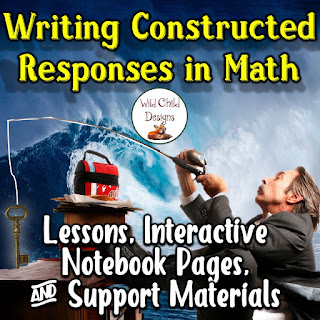 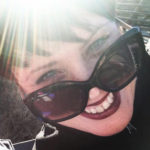 I’ve been an educator for 26 years. Nature, music, art, and photography are my loves. Using them to motivate and excite “my kids” is my passion. I remember sitting in my childhood classrooms, bored out of my skull. However, I loved learning, and so I sought out my own enrichments. When I became a teacher, I promised myself that I would help my students to grow into life-long learners.  That has been my mission, every step of the way. Creativity is messy. It is a wild ride. One of my much-loved former principals called my classroom “creative but controlled chaos.” I can’t think of any other way I’d rather learn! 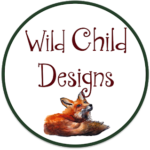 Ideas for Using Writing in Math

Using the Ladder Method in Math

St. Patrick’s Day Would You Rather 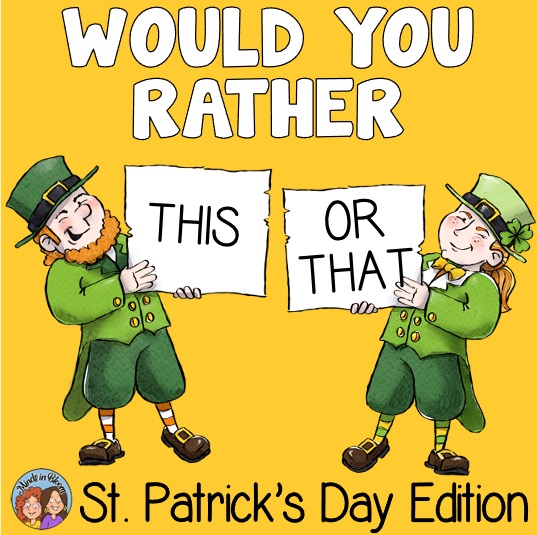 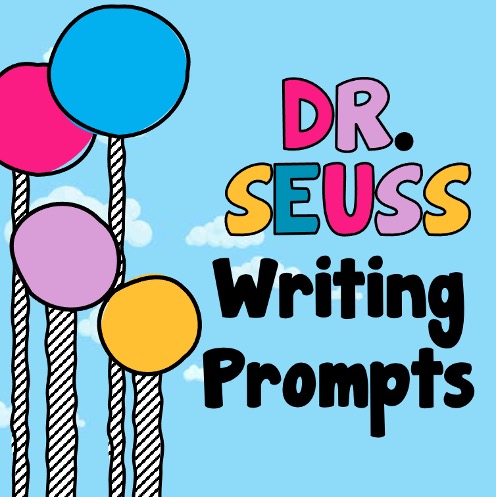