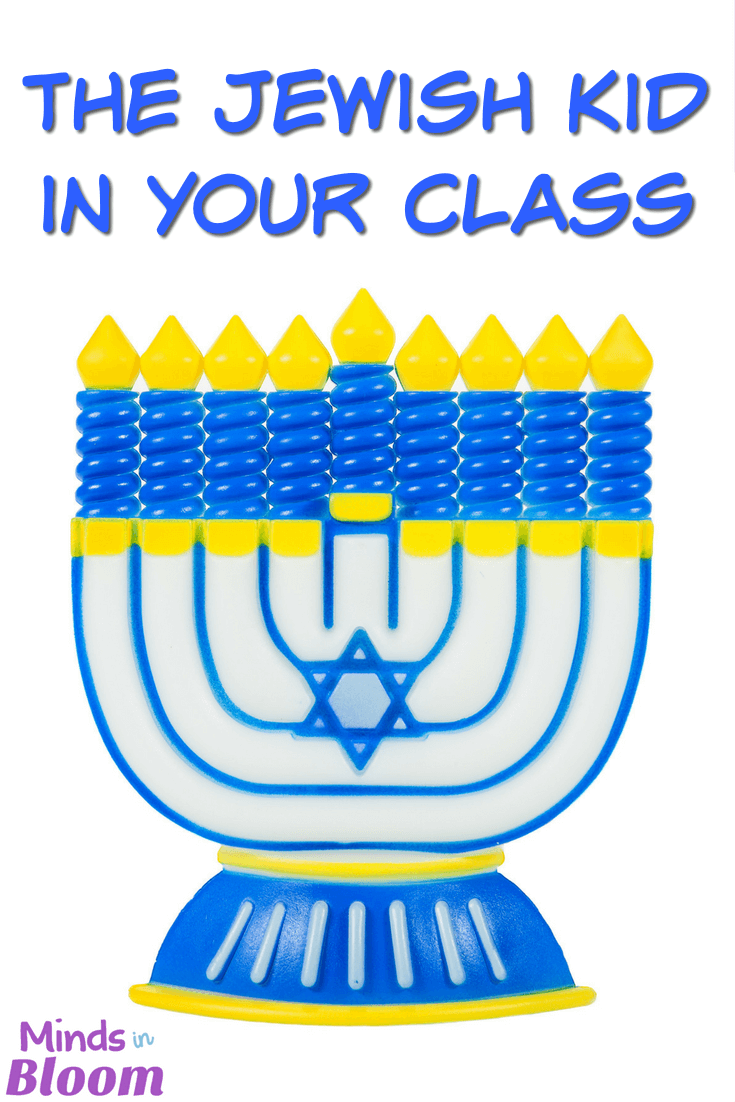 This post was written in 2009, but it is so very important every year, especially on the years that Hanukkah is extremely early. Sometimes Hanukkah begins before even Thanksgiving. Please, please, please as you celebrate the joys of the Christmas season, remember that Santa doesn’t visit every child in your class.

Here is what is not fun in kindergarten if you happen to be Jewish:

Making an Advent Calendar consisting of a construction paper Santa head with a paper chain dangling from the beard – one link for each day until Christmas.

I still remember the project and the sad, sinking feeling that went along with it. There were many such art projects throughout my grade school career, along with often religious Christmas carols, Christmas-themed stories, and the like.

Now, don’t get me wrong. I am not for taking Christmas celebrations out of the schools. I realize that people who do not celebrate Christmas in one form or another are in the minority and that Christmas is fun and can be a jump off point for some great lessons. Never would I want to deny a class of third graders the delight that can only be found in The Best Christmas Pageant Ever. Case in point, being the nice Jewish girl that I am, I have still written posts and brain teasers that are Christmas-themed. I also realize that unlike the 1970s, today’s public school observances are of the secular variety and that we try to give time to Hanukkah (Oh dreidel, dreidel, dreidel…), and other observances, as well. Just the same, please keep in mind:

This post turned into a bit of a rant. Please exercise your Christian (or Jewish) charity and keep in mind that this is my opinion only.

The Day AFTER Halloween: Tips for Making It through the Day