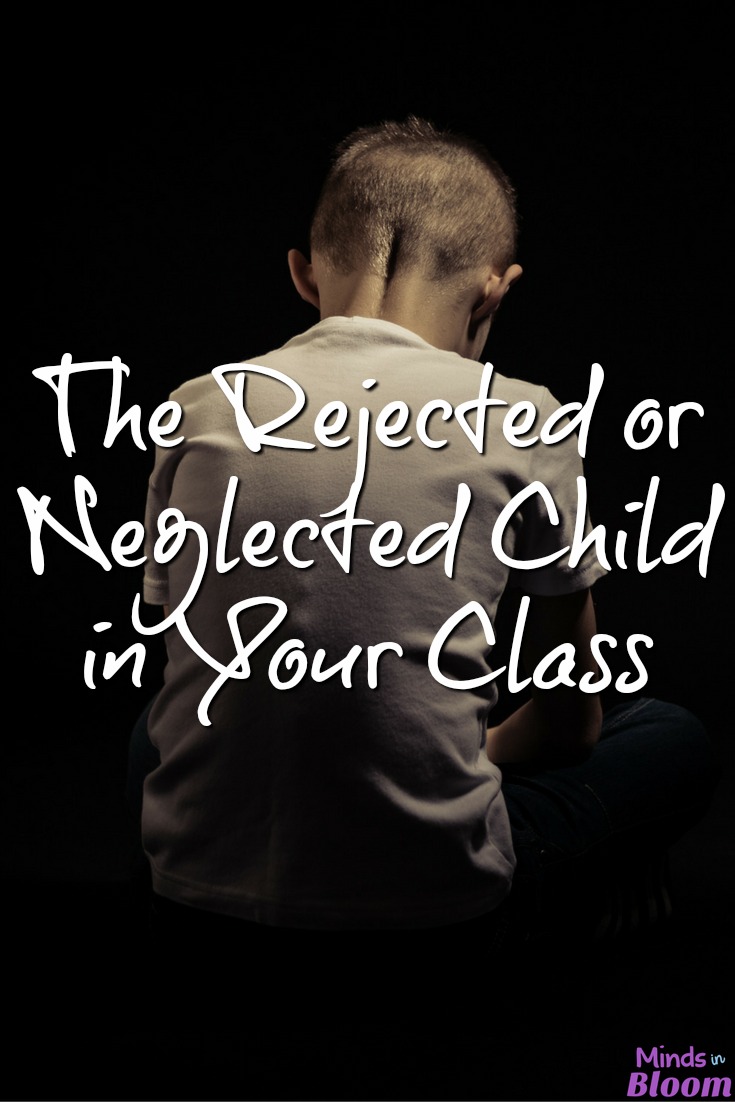 Ideally, the classroom is a place where everyone is valued and accepted. In reality this is seldom the case. Some children seem to be socially gifted – they know how to work and play with others, and for the most part, they are popular and well liked. For other, less fortunate children, the social world of the classroom and, perhaps more importantly, the playground is a black hole. They don’t know the unwritten rules that others seem to know without being told and therefore are constantly breaking them – which leads to being left out, or worse, actively disliked. Rejected children are not only unhappy, but they are also more likely to be bullied and to develop aggressive tendencies themselves. How can we, as teachers, help these children? Here are some ideas to consider.

First, it is helpful to keep in mind that children with poor social skills generally fall into two categories. Rejected children are actively disliked by their peers. They tend to behave in ways that make them difficult to be around. They may dominate games, they may cheat or refuse to share, they may name call or manipulate. Neglected children are not actively disliked; they just aren’t noticed. They are often shy and withdrawn, and because they don’t put forth the effort to make friends, they may not have any. A neglected child may also just be really different in the way he or she behaves – not aggressive or offensive, just so different that other children don’t really understand and relate to that child.  At the bottom of this post is a way to identify neglected and rejected children in in your class.

One Friend Makes a World of Difference

Entering a Group Is an Important Skill

Imagine a group of children are playing a game at recess. Another child wants to play, too. Here is what successful children do when entering a group:

Unsuccessful children may:
Teaching children how to enter a group can be really helpful. Role playing might be one way to do this or, if you have playground duty, watching group dynamics and making small suggestions could also help. Policing the situation is not helpful to the rejected child. For example, lecturing the other children about how unfair they are being is unhelpful. It will only make the rejected child more disliked. For some ideas about helping children work in groups please see Making Group Work, Work.

If your school is blessed enough to have a counselor that can help with social skills training, then by all means take advantage of it. Perhaps the parents would be open to suggestions that they find a counselor privately. Once child’s social reputation has been established, it is very difficult to change, but it’s not impossible.

How to Analyze Your Class Social Hierarchy

I learned how to do this when I was writing a college paper on children’s status hierarchies. Please be aware that doing this could be somewhat unethical, and so you very well may not want to do it. But the results are interesting and can be useful. To find where your students stand socially in your classroom, make a chart with all of your students’ names across the top and listed down the left side. Ask your students to name three classmates they would like to be in a group with and three with whom it would be challenging for them to be grouped. I did this one time with third graders on a questionnaire about field trips that asked several questions (where would you most like to go, what are some good field trip rules, etc.), including one about groups. I required silence during the task and immediately moved into a math lesson afterwards with the hope that it would be forgotten by recess.
For each student find his or her name at the top of your chart and go down the column. Put circles in the cells for the three children he or she wanted to be grouped with and Xs for the three with whom he or she did not want to be grouped. Do the same for every child’s answers. Then, look at each child’s row across the chart. Children who have a lot of circles in their rows are popular, those with a lot of Xs are rejected, and any child with no Xs or circles is probably neglected. You may find other interesting patterns, as well. Hopefully, you can use the data to subtly help your rejected and neglected children.
Helping rejected children is not easy. Do you have more ideas to add?

Teach Your Students to Set Their Own Learning Goals and Boost Learning
Hundreds of Freebies at the Lesson Cloud Today!
Free Incredible Ideas Ebook!