Stability Balls in the Classroom - Minds in Bloom

Please join us in welcoming Mrs. D from The Third Wheel to Minds in Bloom! Mrs. D has implemented stability balls in the classroom, so she’s sharing how she’s made them work to inspire you to try the same. 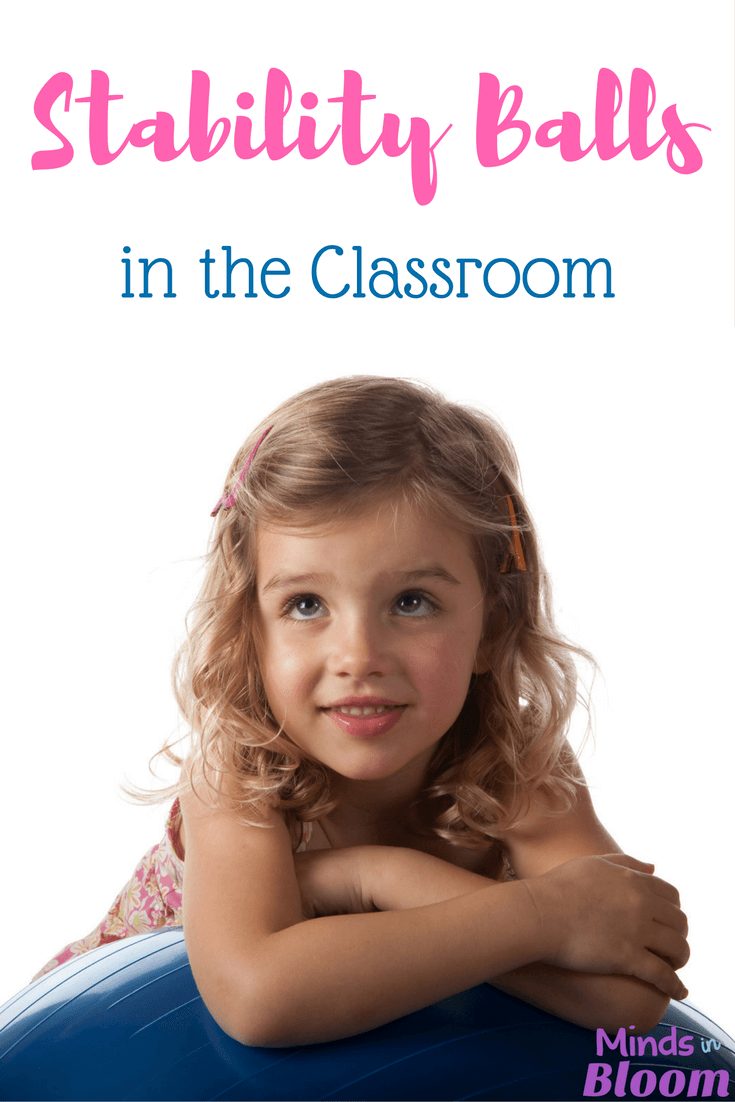 Sometimes I think I have a “type.” You know, that one student who is guaranteed to be in your classroom EVERY. SINGLE. YEAR. Mine is a small, bouncy blond boy who runs on a motor all day long. Each year when I get my class list, I look for him…and each year, there he is. In all honesty, 99% of the time he ends up being one of my favorite students, and I credit that to the fact that I have found a way to let him put all that energy to good use.
It was about four years into my teaching career when a teacher friend of mine introduced me to the idea of trading out my chairs for stability balls in the classroom. While I wasn’t immediately sold, she told me all about how much it helped her wiggle worms stay focused on learning rather than getting all that energy out. The more questions I asked, the more she encouraged me to try it out. Since I tended to get a good number of her 2nd graders in my room as 3rd graders, I decided to give it a go…and I was not disappointed.
Of course, the switch didn’t come without its challenges. The first issue was where to get the stability balls. That first year, I sent a note home asking parents to supply them if they wanted one for their child. About 3/4 of my kids brought one from home, and when one parent clued me in on the fact that I could get them for about $10 on Amazon, I picked up a few for the classroom to share with the kids who weren’t able to bring one from home. The next year I rounded out my collection with a Donors Choose grant to make a class set, which saved a TON of time and energy when students brought the wrong size for their desk or someone borrowed someone else’s stability ball to sit during group time.
Beyond that the biggest challenge was building the expectations for how students could…and couldn’t…use their stability ball.  Just to warn you, the first day is always a little crazy. Even the years where all my students are immediately able to contain their impulse to bounce as high as they can, I discover that on the first day or two, I tend to feel a little seasick if I look out over the swaying bouncing crowd. The good news is within a week every one settles into the routine, and only those kids who really need to wiggle, move, and bounce a little continue to do so.
I will tell you, those minor challenges pale in comparison to the successes I’ve experienced using stability balls in my classroom. I’ve had kids who arrive in my room with a behavior record a mile long turn into strong, focused students because they have a way to release that energy. I’ve seen kids who tend to avoid all physical activity getting exercise without even knowing it. However, none of those things compare to my experience with Tyler. You see, when Tyler was put into my class, it was the year after he had completed chemo. He had been receiving home-bound services for the majority of second grade, and everyone was still a little nervous about his transition back to school. In fact, they questioned whether my classroom was the right fit because we had the stability balls.
On Back-to-School Night, I assured his nervous momma that no one was ever forced to give up their chair in my classroom. I also promised I would watch out for Tyler, because his balance was still impacted by his treatment. The first few days Tyler was nervous and self-conscious. Every once in a while he’d fall and end up in tears, but overall he really was adjusting well. After a few weeks, he finally approached me about the idea of trading out his chair. Remembering his mother’s nervousness at Back-to-School Night, I told him I would think about it and talk to her, and after a rather long phone call where I promised I would keep an eye on him and switch him back if he looked unstable, she agreed to give it a shot.
The next morning Tyler arrived to a bright blue stability ball in place of his chair. He beamed with pride as he sat down for the first time. He wobbled, but he did not fall. A few times he looked nervous about the change, but when I would talk to him, he was sure of his decision. Tyler made it the entire first week on the stability ball before he fell the first time. By that time he had made up his mind that he could do it and decided to get up, brush himself off, and try again. That year, Tyler went from hiding out at recess because he couldn’t run and play without falling down to the student initiating the game of tag at recess. He no longer had an educational assistant that walked with us during transitions in the hallway to make sure he didn’t fall, and he no longer qualified to receive Adapted P.E. The kids stopped looking at him as breakable and started reconnecting with the friend they knew in first grade before his diagnosis. None of those were the best part, though. The best part was that Tyler started to see himself as capable. He stopped watching every step he took and waiting to fall and started to be a kid again.
I can’t give all the credit to the stability ball for Tyler’s amazing physical progress, but I truly believe that it did play a part. And that, my friends, is why I ditched my classroom chairs and won’t ever be going back. 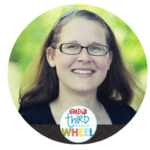 Mrs. D is the teacher-author behind The Third Wheel. She has spent the past decade in the classroom working to keep learning fun and exciting for all students and specializes in creating upper elementary resources that engage students and save teachers time. As a working mother of two small children, Mrs. D understands the importance of finding balance between your personal and professional time, and she designs her products to help reduce stress for others as they work to balance it all.
Tweet
Pin447
Share5
452 Shares