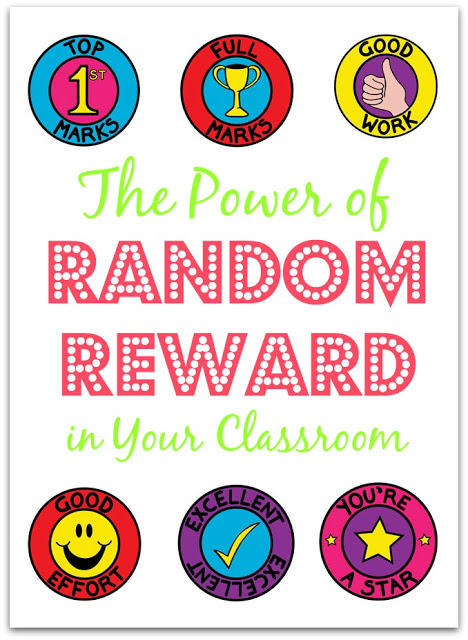 Random reward is a huge motivator. It’s why many adults play slot machines and why many children with inconsistent parents whine endlessly (because, every so often, the parents give in, and they get what they want). If you reward a given behavior every time, your students are likely to get bored. Further, since you are rewarding often, the reward itself is probably not all that exciting.

Now imagine replacing the guaranteed reward with a random one. Students never know which time they perform the desired behavior will result in a reward. Further, the reward will be valued more because it is not constantly given. Here are some ideas for trying random reward in your classroom: 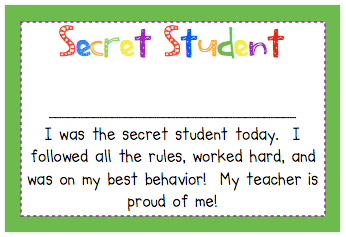 When Not to Use Random Reward

I know that many teachers are fond of raffles, but I am not, especially in the younger grades. Usually, the way this works is that kids get tickets for good behavior that they put into a container. At the end of the day, or at the end of the week, the teacher draws one or more names, and those kids get a special reward. Lady Luck is fickle, and I have noticed that she often passes by the kids with lots of tickets in favor of the kid who only has one or two in the bin. This can be hard for little ones to deal with. Also, since the raffle takes place at a different time than the original good behaviors, there isn’t really a direct link, making the whole system less effective.Also remember that random reward can work to your disadvantage if you are inconsistent in your discipline. Don’t train your students to repeat a bad behavior because they sometimes get away with it.

Looking for more classroom management? You can find 300+ ideas here. 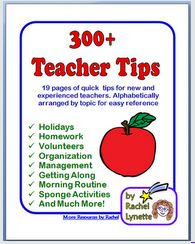 New Ways to Use Secret Student with Your Class!

5 Reasons Centers Work in My Classroom

Effective Classroom Managers Do These 5 Things