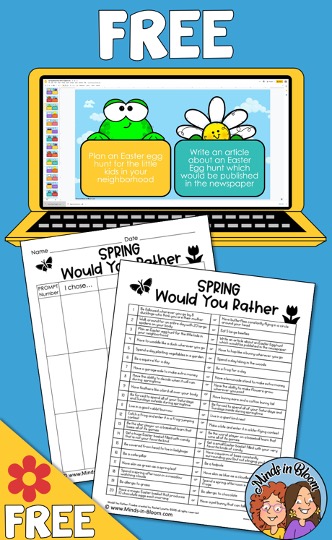 Here are some fun "Would you Rather..." Spring & Easter questions to bring a little SUNSHINE to your class!

“Would You Rather”, “This or That” – Whatever you call this game, your students will love it!

Would You Rather Questions make terrific discussion starters or writing prompts. You can get a free version sent to your email by clicking here.

20 Would You Rather Questions - Spring Edition 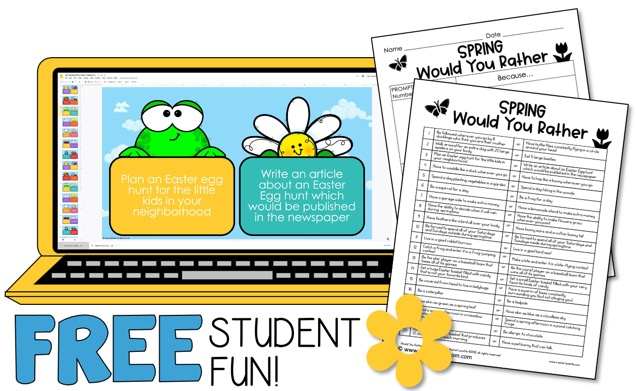 WOULD YOU RATHER Be a caterpillar
OR… Be a tadpole

Kids love Would You Rather questions like these, and now you can get 20 of them, themed for spring and Easter for free! These make terrific discussion prompts or journal prompts. You can also use them for class polls or with Brain Breaks. Many teachers like to use them whenever they have a few spare moments. 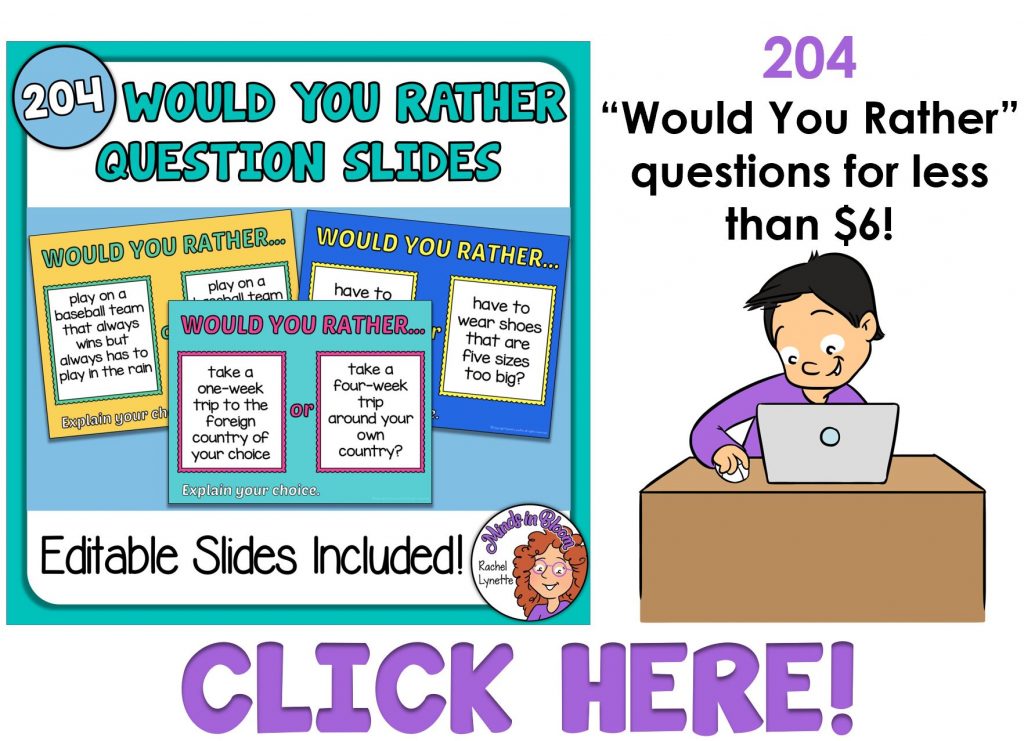 20 Back to School Writing Prompts

20 Fun Thanksgiving Would You Rather Questions
The Teacher and the Speech-Language Pathologist: Tips for Effective Collaboration
Trying a New Classroom Approach