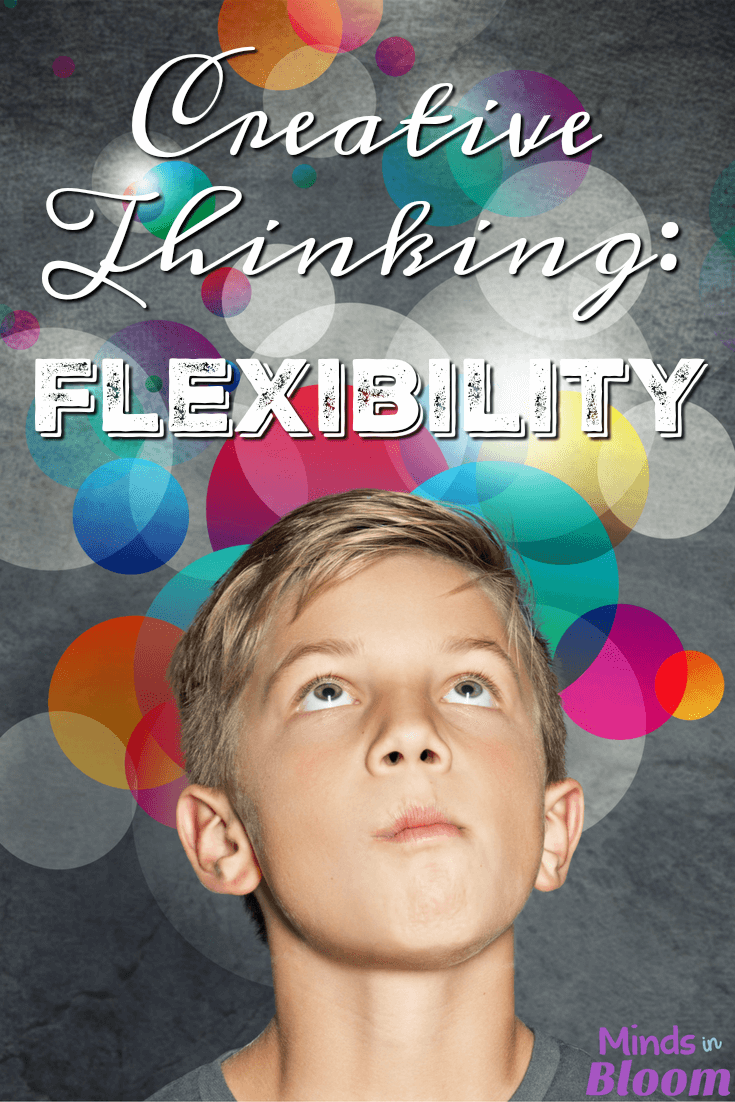 Fluency, flexibility, originality, and elaboration can be thought of as the cornerstones of creative thinking. Flexibility is a bit like fluency in that we are working with ideas, but while fluency is about generating as many ideas as possible, flexibility is about generating ideas that are different from each other. Thinking flexibly is a valuable skill because it allows you to get out of a “thinking rut” in order to come up with a whole new idea. Here are some things to try with kids:

Use an idea from the fluency page to generate a list. Then, categorize the things you came up with into several categories. For example, if you were generating a list of different uses for water, then washing dishes, washing clothes, and brushing teeth would all fall into one category, while generating hydro power would fall into a different one. Discuss why some things fall into the same category. Try to come up with new categories and new list items.

Use “Give Three Possible Reasons” questions. These ask children to think of three reasons why something that one would expect to happen didn’t. They make great writing assignments or can just be used in a discussion format. They are great for flexible thinking because kids must think of an unusual, yet plausible, reason that something has occurred. Here are some to try:

You can also create Give Three Possible Reasons questions to go along with your curriculum. For example:

Lateral thinking stories are also a great way to practice flexible thinking. These are stories that ask you to come up with a reason for what seems to be an impossible situation. The way to get the most from one of these stories is to have a leader who tells the story and knows the answer. Then, the listeners ask questions that can be answered with “yes” or “no.” Generally, this leads to one or more participants suddenly having one of those wonderful “aha!” moments and solving the puzzle. A classic one you may have heard involves a man who is lying dead in the middle of a desert. He is face down, wearing a backpack. There are no footprints or other markings in the sand around him. How did he die? There are many more excellent lateral thinking stories at Jed’s List of Situational Puzzles.

Exploring “Would You Rather…” Questions

6 Creative Ways to Use Questions

Creative Strategy: If it isn’t Working, Stop Doing it 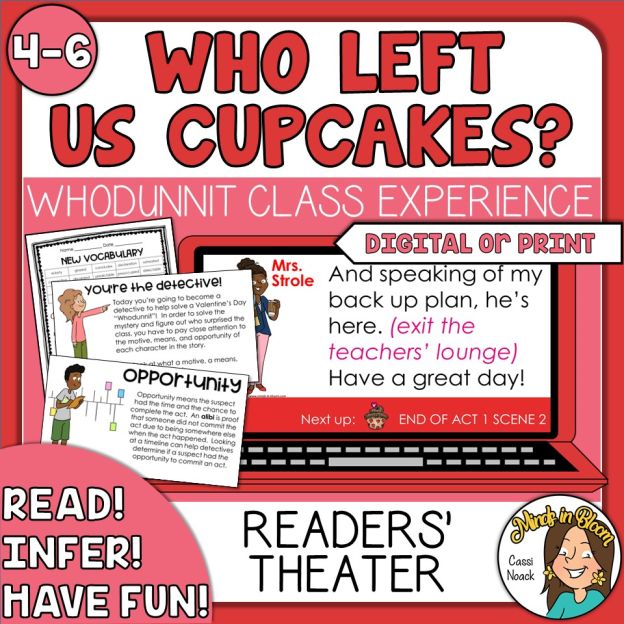